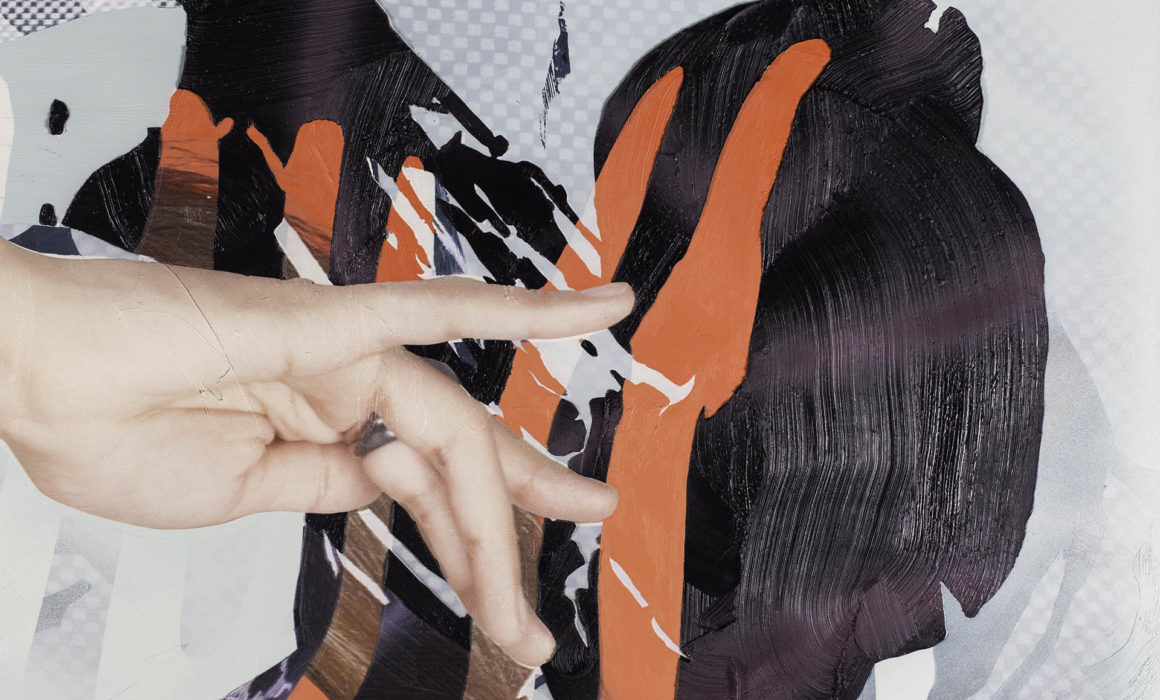 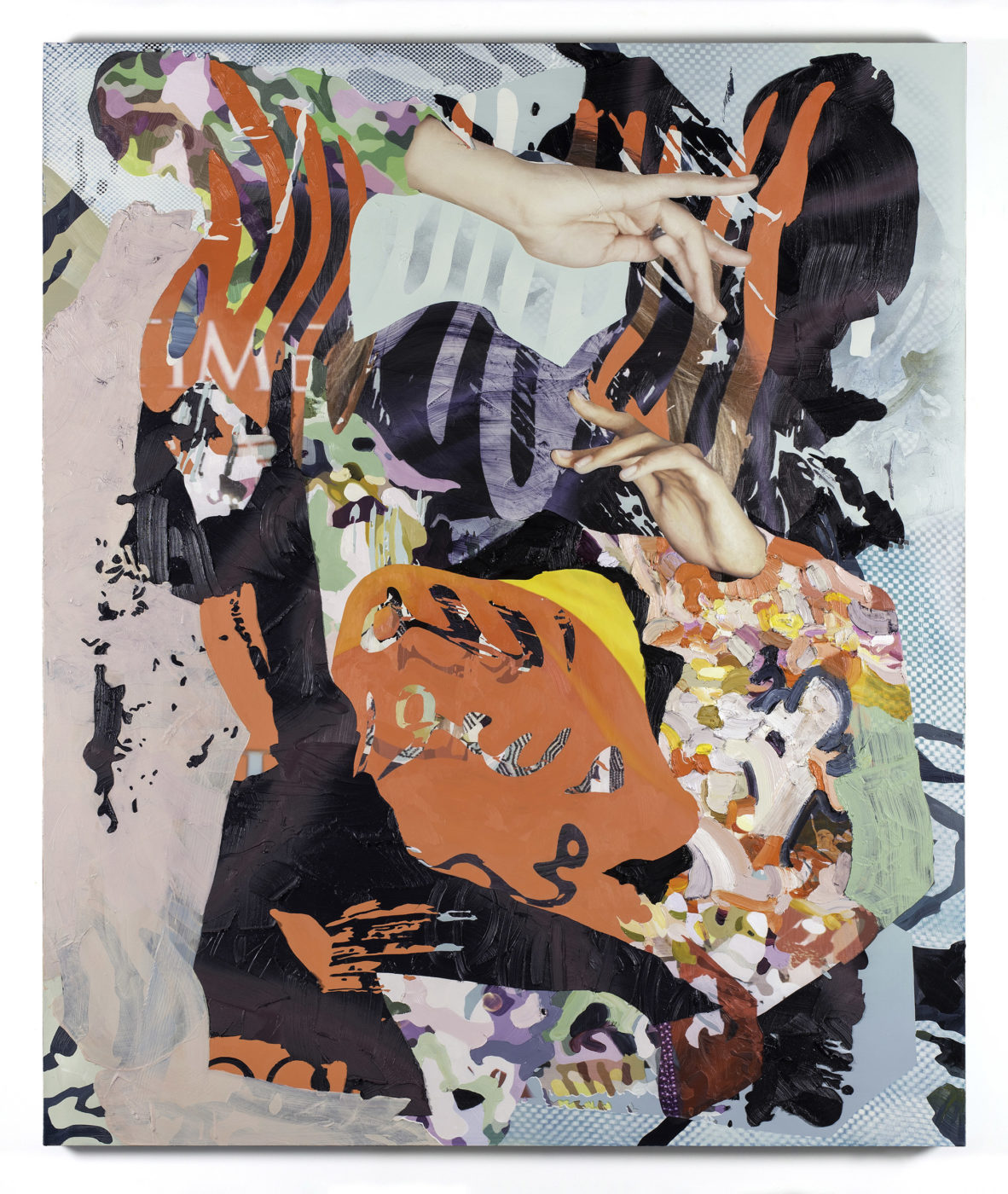 LMAKgallery is pleased to present Within Between, a two-person exhibition with Jimmy Baker and Tatiana Kronberg. Both artists work through a multitude of mediums, challenging the physicality of their chosen materials, resulting in picture planes that do not concede to a medium but rather sets their own standard of visual language. The exhibition features paintings by Baker and photograms by Kronberg.

Jimmy Baker uses the brush and the printer as equal tools, though perceived as polar opposites, he’s able to steer them into a relationship between materiality and the digital. Formed out of a mixture of punk aesthetics, open sourced material via the internet, and expressive abstraction. The weave of visuals creates a cultural critique that questions ownership of image, disruption, interpretation, politics, and human nature. On the surface this results in a layered application of manipulated photographs and thickness of paint that engage the viewer in a new yet strangely familiar visual languageas one recognizes the representationwithin the visuals and understand material presence of the paint.

Tatiana Kronberg’s work is created from and is a document of an interactive performance involving both persons and material, resulting in a photogram – an image created directly onto light-sensitive photo paper exposed by a series of light flashes without the use of a camera. There is a certain visceral physicality to these images, which results from a process that bypasses the negative and printing stages traditionally used in representational photography. These large sections of asymmetrical photo paper evolve into a pictorial language of impressions of bodies, and objects through color, light and shadows. The works are mounted on aluminum and bent into a shape to replicate and hold the curve or fold of the paper, giving the impression of a fluctuating state of being.  This is counter balanced by a deep saturation of color that grounds the work and brings weight to the ethereal imagery.